A major benefit of living in or near Washington, D.C. is being in the center of the nation’s capital, where celebrations are frequent and extravagant. Festivals such as the Cherry Blossom Festival and the Smithsonian Folklife Festival attract people from all over the world while the Memorial and Labor Day parades are national traditions that capture America’s attention.

One of the greatest D.C. celebrations is, unsurprisingly, the National 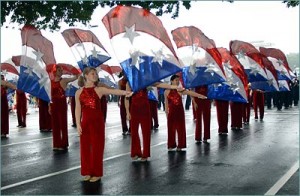 Independence Day Parade. This is an annual event that takes place on July 4 starting at 11:45 AM on Constitution Avenue, from 7th to 17th Street. Every year, hundreds of thousands of people come together in D.C. in honor of America’s Birthday since there is no better place to celebrate than right in the heart of our great nation’s capital. It is a day filled with fun, excitement, and patriotism thanks to the parade coordinators who strive to bring the true meaning of the American holiday to citizens and international tourists alike. 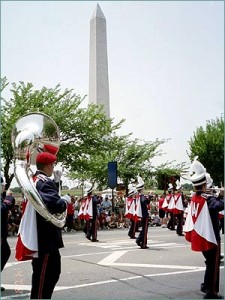 The annual parade features military units, bands, drill teams, celebrities, equestrians, and, of course, floats, and giant balloons. Participating bands and organizations come to D.C. from all parts of the country to have the honor of performing in this significant national parade. In an effort to represent the diversity of the country, the parade selection committee seeks to find participants from all 50 states who exhibit different ethnic and stylistic backgrounds.

There’s more to this celebration than just the parade! After the parade ends, most spectators stick around and will be joined by new crowds interested in attending the PBS Concert and Fireworks show called A Capital Fourth, now in its 35th year. The National Symphony Orchestra will perform at The Capitol Building and afterwards, one of the country’s largest, and most extensive firework shows will take place on the West Lawn of the U.S. Capital. Washington, D.C. is truly one of the best places, if not the best place, in the country to celebrate the Fourth of July!

Events like the National Independence Day Parade bring enjoyment and liveliness to Washington, D.C. and if you live at one of our Polinger, Shannon & Luchs properties in or around D.C. you are in a prime location to explore and participate in these wonderful and often educational events with friends and family. Whether you are looking for apartments within city limits in Northwest D.C., Foggy Bottom, Georgetown, or in the nearby suburbs like Bethesda, Chevy Chase, Friendship Heights, Rockville, or Burtonsville, we have an apartment to match your style and passion for D.C. events. Contact us to learn more about what it’s like to live at a Polinger, Shannon & Luchs property!